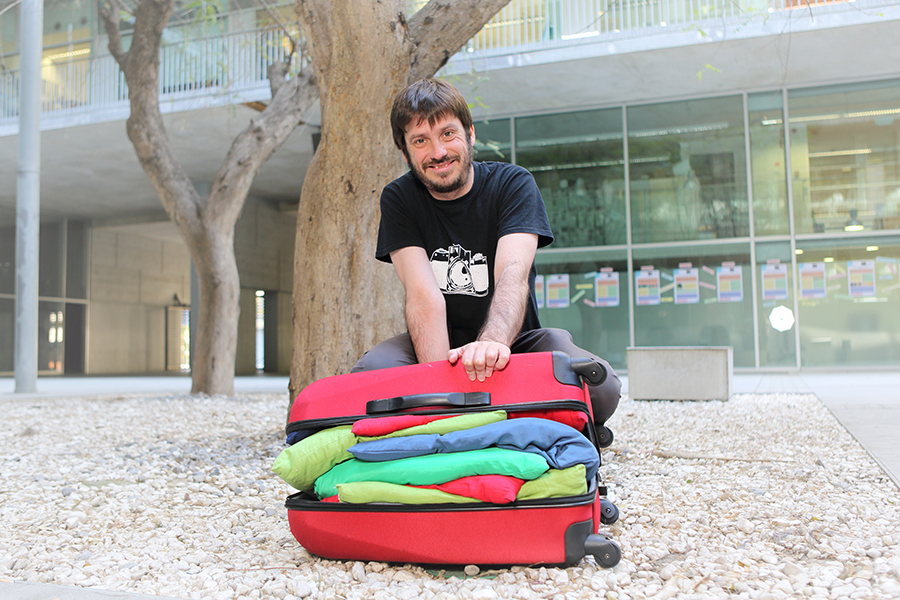 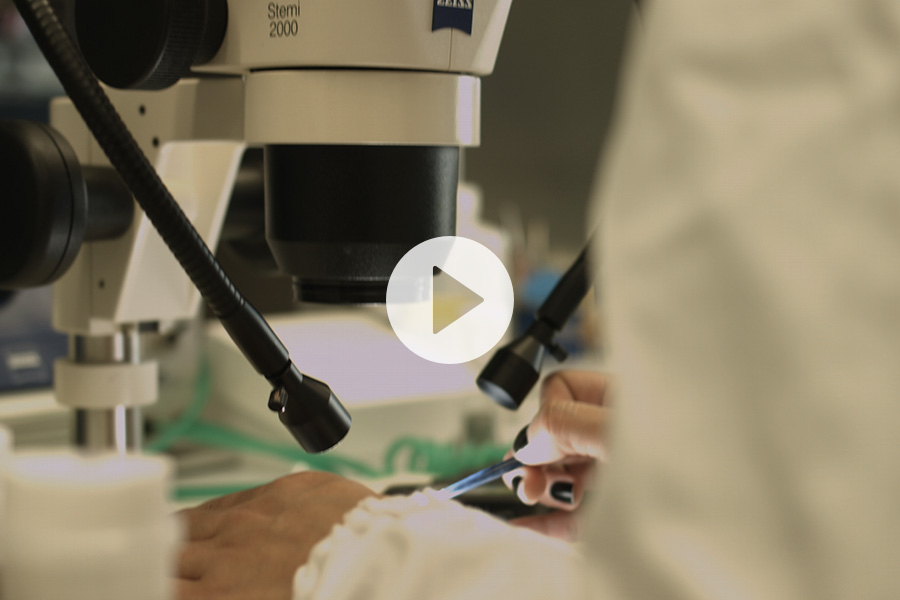 Imagine you’re going on holiday and your suitcase is packed full. So full, in fact, that it won’t close. You could apply more force, kneeling on the case and tugging harder on the zipper until it shuts. But what if the things in the suitcase actually got smaller?

Unfortunately for tourists, there is no magical process that makes your clothes shrink to fit in your bag. Yet, according to research from Jérôme Solon and his team in the Biomechanics of Morphogenesis lab at the CRG, this is exactly what happens during an equivalent biological process known as dorsal closure, which happens during the development of a fruit fly embryo.

Shaped like a rugby ball and less than a millimetre long, the developing fly embryo undergoes many changes as it tucks and folds into the correct structure. During dorsal closure, two sheets of cells at the surface of the embryo come together, closing up from each end across the gap just like the zippers of a suitcase being pulled shut, sealing the innards of the embryo inside. But exactly how it works is a mystery.

Scientists now know that this biological ‘zipper’ is driven by tiny molecular cables and motors inside cells, known as actin and myosin. In the same way that you can close an overly-full suitcase by tugging harder on the zip and squeezing on the case, it was believed that the increased force needed to ‘zip up’ an embryo during dorsal closure was generated by actin and myosin in the cells surrounding the gap, as well as in the cells inside it (known as the amnioserosa).

But when Solon and his team started investigating the actin and myosin-generated forces in the cells at the surface of the embryo, they found that they didn’t change at all. This was strange. In order to squeeze the sheets of cells shut, there needs to be some kind of increasing force pushing from the outside or pulling from inside (or both), otherwise nothing will change and the gap won’t close.

Imagine maintaining a constant amount of pressure on the outside of an over-packed suitcase and its zipper – without increasing the pressure of your pushing and tugging, you’re never going to get it shut. But where was this force coming from?

Solon and his team found that this force originates from two mechanisms working together. Part of it comes from a molecular ‘purse string’ – a long cable of actin and myosin threading through the cells surrounding the gap on the embryo’s surface. Like tugging harder on the zipper of a suitcase, this thread tightens up as the gap closes, pulling the sheets of cells together. But that’s not enough to zip up the developing embryo.

The breakthrough came when Solon and his team worked out a completely new way of monitoring the cells in the developing embryo in three-dimensional space, as well as over time.

“People so far have only looked at what is happening on the surface of the embryo,” explains Solon. “This is the first time that we looked at the entire volume of the tissue, to really understand the mechanics.”

By doing this, they discovered the explanation for how dorsal closure was happening. It wasn’t that the cells were generating more forces by adding more motors to pull the tissue closed sheets: the change was simply being driven by the cells inside the gap (the amnioserosa) getting smaller.

This shrinkage is a hallmark of a particular type of cell death called apoptosis. Exactly on cue, all the cells in the amnioserosa start dying in a kind of biological mass-suicide, losing water and shrivelling up. And it’s this change in size, combined with the purse string around the gap, that generates the forces needed to zip up the embryo.

“It was very surprising to find that the cells inside are losing volume,” Solon says, “and we took a lot of measurements to convince ourselves that this was happening. Nobody had really thought that apoptosis could generate force in this way.”

To return to the over-packed suitcase, this would be like a holidaymaker’s belongings shrinking within the case, pulling it shut from the inside.

While this is all very useful for zipping up fruit fly embryos, Solon’s work – published in the journal Developmental Cell – potentially has a much wider impact. “The more general idea behind this story is about how two sheets of cells seal shut, which also happens during wound healing,” he says. “We know that the genes and processes involved in this are highly conserved across the animal kingdom so it’s likely the same system is at work.”

Although he has only done experiments using fruit fly embryos, when Solon went back to look at old research papers he found some tantalising suggestions that wounds in the skin may be sealing shut in the same way.

“I found some publications from about 15 years ago on wound healing in mice. People had found that fibroblast cells which are initially covering the wound will activate apoptosis before it closes up. So we could perfectly imagine that similar mechanisms to the ones we have found in flies would take place here.”

There are other situations in development where this process could be at work too. As Solon explains, “One example is in the developing brain of vertebrates. There are waves of apoptosis and these shrinking cells could be responsible for sculpting the brain, but this is not entirely clear.”

By coupling cell death directly to force generation in this way, organisms avoid the potential problems of failing to get the timing right between closing biological seams and getting rid of unwanted cells in the gap. If cells die too soon, before the edges have sealed, then there will be a hole. But if the ‘zip’ shuts over living tissue, there could be unwanted lumps and bumps.

What’s more, there are still some mysteries that Solon wants to solve. “We still don’t know how apoptosis is activated in all the cells simultaneously, which is something I find amazing. They all decide in a few tens of minutes to die, and they all take that decision together. We are also developing mathematical models to figure out exactly how the forces work.”

While most of us might be packing our suitcases for a summer holiday and wondering how to make it all fit, Solon and his team are busy trying to understand how nature has managed to solve this problem already.