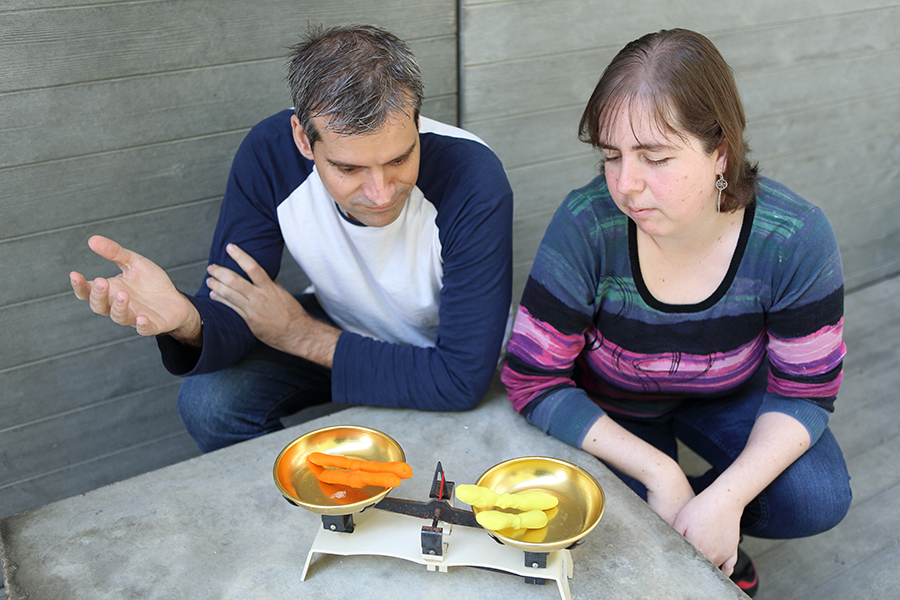 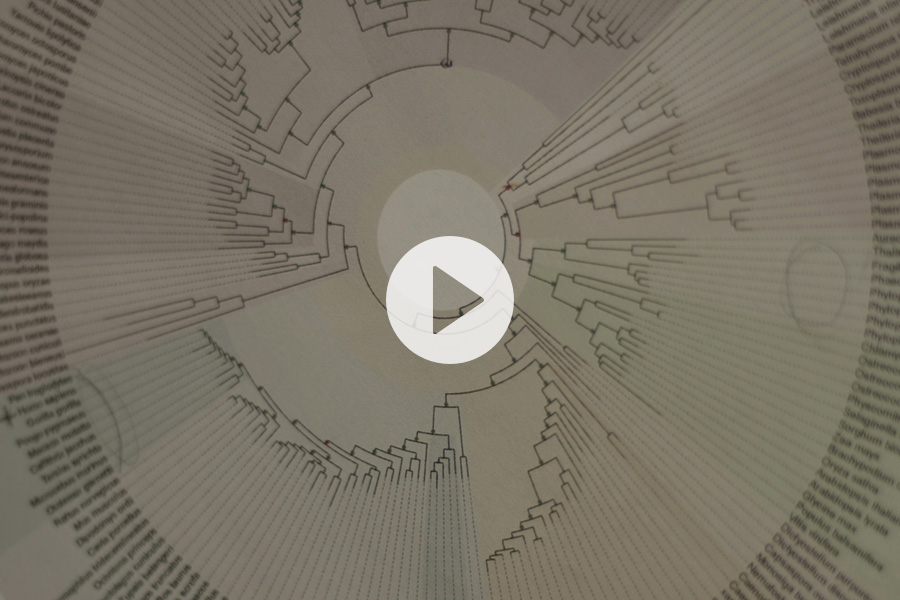 Families can be complicated. As more people get interested in tracing their family trees – particularly with the advent of genetic ancestry testing – there can be unexpected surprises lurking in the branches.

Untraceable relatives, mistaken parentage and confusing characteristics that don’t make sense. And the further back in time you go, the more confusing the picture becomes. This isn’t just true for human family trees. It’s true for all living things, including baker’s yeast (more formally known as Saccharomyces cerevisiae) – one of Toni Gabaldón’s favourite organisms. He heads up the Comparative Genomics lab at the CRG, dedicated to understanding the complex evolutionary twists and turns that have led to the genetic makeup of the many different species we see today.

Baker’s yeast was the first species more complex than bacteria and viruses to have all of its DNA ‘read’ – a process known as sequencing – back in the 1990s. Like reading the individual letters of the recipes in a cookery book, DNA sequencing enables scientists to read all the biological ‘letters’ that make up an organism’s genes.

After poring through all the data, researchers noticed something a bit strange. In many cases there were two copies of certain genes. They weren’t completely identical, but they were very similar – a bit like having recipes for both an orange and a lemon cake in a recipe book, when the only difference is the fruit and everything else is the same. But where had these extra genetic ‘recipes’ come from?

The proposed answer was that somehow, way back in evolution, all the genes in the yeast had copied themselves – an act known as whole genome duplication. Over time, the two copies of each gene had evolved and changed independently, so they no longer looked exactly the same. Sometimes one of the pair had been lost, while in other situations, both copies had vanished entirely. By analysing the similarities and differences between the duplicated genes across different species of yeast, scientists were able to pin this event to roughly 100 million years ago.

Yet there were some problems with this idea. As Gabaldón explains, “When we looked closely at these genes in the yeast genome, they seemed to be telling different evolutionary stories. When you look across species – for example, if you take a human gene – you would expect its closest relative would be the chimp version of the gene, then the gorilla gene and so on. And you would expect all the genes should be related to those in similar species in consistent ways.

”To draw an analogy with a human family tree, two sisters should be related in the same way to their parents, cousins, aunts and uncles. But this didn’t seem to be the case for the duplicated yeast genes. The family stories just didn’t match up – it was a genetic mystery.

The solution: paste, then copy

In their paper, published in the journal PLoS Biology, Gabaldón and his collaborator Marina Marcet-Houben carefully analysed DNA data from 26 different but related species of yeast. By looking at members from across this broad family tree, they wanted to more precisely pinpoint the time at which the whole genome duplication event happened.

Then they noticed something unusual. Instead of seeing evidence for the whole genome copying 100 million years ago, it looked like the duplication had occurred earlier in time.

“This should have been the perfect test for our method,” says Gabaldón. “We thought we knew when the genes were duplicated, so it should have worked. But to our surprise we didn’t see that – the duplications we were looking at were more ancient. At first I thought we had a problem with the method, but then we figured out what was going on.”

The key piece of evidence was the fact that even though millions of years of evolution had passed, the two copies of the supposedly duplicated genes were just too different from each other to be accounted for by a simple copying process. Something else must have happened.

“We realised that these genes had come from two separate species of yeast that had joined together – we call it hybridisation,” he explains. “So the genes had already diverged and become different, before they came together.”

Effectively, two different yeast cells had somehow merged together, combining all their genetic material to make a hybrid with double the amount of DNA. Not only does this idea account for the earlier timepoint for the duplication that Gabaldón and Marcet-Houben found with their analysis – because these species diverged further back in time than 100 million years ago – but it also explains why the evolutionary ‘stories’ of the gene pairs don’t match up. If the genes came from separate species that were already evolving independently, there’s no reason why they should share exactly the same family histories.

Although it’s a neat solution, there’s one big problem: hybrids, formed by two distinct species merging together tend to be unstable and can’t reproduce. Because the two sets of chromosomes are slightly different, it causes problems with meiosis – the process of making sex cells (gametes, such as eggs and sperm in mammals). During meiosis, matching pairs of chromosomes pair up, ready to be separated into individual gametes. But if the chromosomes are different, this matching process doesn’t work and gametes don’t form properly. This explains why mules – the offspring of horses and donkeys – are sterile and can’t produce foals, and it’s also true of hybrid yeast.

To solve this issue, Gabaldón thinks the ancestral hybrid yeast performed some further genetic gymnastics, duplicating its newly-merged double genome. This is the equivalent of a DNA balancing act, providing the right number of matching chromosomes to get through meiosis. Then, once a stable hybrid had formed – the ancestor of today’s baker’s yeast – further changes happened as genes got lost, shuffled and switched around.

This process of biological pasting (hybridisation), copying (whole genome duplication) and subsequent editing is a new way of looking at the evolutionary history of Saccharomyces cerevisiae. And it’s not one that was immediately accepted by the research community.

“People were shocked!” says Gabaldón. “Scientists in the yeast world had the idea of a whole genome duplication written in stone in their minds, and it was difficult to convince some of them. There was a lot of research that had been derived from the idea that it was a simple doubling of the genome – even work from our own lab – and we all had to rethink it. But this is how science works.”

This new work also throws suspicion on other species – including humans – where there’s evidence that genome doubling has taken place. Gabaldón thinks that some of these events may be hybridisations rather than simple duplications, so maybe there are some genetic surprises lurking in the branches of our own family tree.