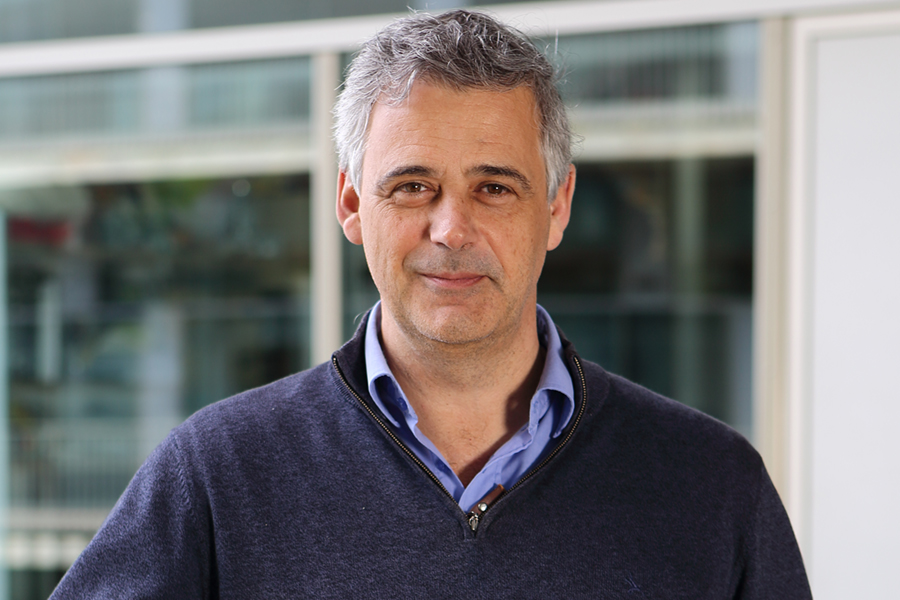 The year 2015 has been a pivotal one for the future of the CRG. First, as of July 1, 2015, the National Centre for Genomic Analysis (Centro Nacional de Análisis Genómico, CNAG) was incorporated into the CRG, to create the CNAG-CRG. The incorporation of the CNAG has helped position the CRG as an institute of reference for genome analysis in Europe. Second, in late 2014 the EMBL Council of Member States decided to establish a new outstation in Barcelona with a focus on Tissue Biology and Disease Modeling. Significant groundwork was accomplished over the course of 2015. These changes and ‘works-in-progress’, in addition to the fact that over the next few years many young PI’s will be leaving the institute, have prompted us to start preparing a 2017-2022 Strategic Plan to define our research strategy and key priorities. The Plan will be finished in 2016.

In April 2015, the Cell and Developmental Biology programme was evaluated by our Scientific Advisory Board, which generally praised the quality of the science developed over the previous four years. We also saw the departures of two key figures: Johannes Jaeger, who left to become Director of the Konrad Lorenz Institute (KLI) in Klosterneuburg, Austria, and Heinz Himmelbauer, Head of the Genomics Unit, to become a PI at the University of Natural Resources and Life Sciences in Vienna, also in Austria.

In the realm of funding, James Sharpe, Juan Valcárcel and myself were awarded an ERC Advanced Grant in 2015, and secured several coordinated European projects under the H2020 funding scheme, continuing with our excellent track record in this field. Along the same lines, it is worth highlighting the launch of the coordinated EU project, LIBRA, whose main purpose is the promotion of women in science, involving all EU-LIFE institutes. The CRG has taken a serious approach to gender balance and equal opportunities and as a consequence is developing new initiatives like the mentoring programme for postdoctoral researchers and PhD students, specific grants for female scientists, inspirational seminars, etc. Promoting women’s advancement in science is also one of the main foci of the new Strategic Plan.

In terms of public engagement, we are proud of the citizen science project “Saca la Lengua” (“Stick Out Your Tongue”). This project, the first citizen science initiative led by the CRG, was co-financed by “la Caixa” Bank Foundation and the Severo Ochoa institutional grant. It has been running throughout the year, following a tight schedule of samples collection (nearly 2,000 in 41 schools around Spain), talks, bioinformatics courses for teachers, bioinformatics challenges and the final contest, etc. This frantic activity led to 196 articles in the press and on-line media, as well as radio and TV coverage.

We should also mention the distinguished awards that have recognized the scientific commitment and merit of several senior scientists: our former director, Miguel Beato received the 2015 Preclinical Biomedical Research Lilly Foundation Award; Isabelle Vernos was awarded the ‘Narcís Monturiol Medal’ recognizing her contribution to the development of science and technology in Catalonia; and Pia Cosma received the 2015 ‘City of Barcelona Award’ for her recent work offering a new vision on how DNA is organised and packaged.

Last, it is important to note that the CRG launched the Alumni Engagement Programme in 2015. It seeks to establish a lifelong relationship with our alumni and staff by creating a strong CRG Global Community. We now have more than 1,000 alumni all over the world and our goal is to create a vibrant and exciting community by promoting interaction among alumni and staff, highlighting their achievements and sparking our alumni’s success, providing them with rewarding opportunities to serve the CRG, its faculty and students, and promoting science internationally.

We firmly believe that the CRG is now consolidated as a top international biomedical research institute, but we will continue to strive for scientific excellence, endeavouring to contribute towards the health and economic prosperity of our society.